Why Crohn's and Colitis Awareness is Important

This week (December 1-7) marks the second year the CCFA has sponsored "Crohn's and Colitis Awareness Week."

Senate Resolution 199, passed on November 14, 2011,  "Expresses support for the goals and ideals of Crohn's and Colitis Awareness Week. Expresses appreciation to the family members and caregivers who support people in the United States living with Crohn's disease and ulcerative colitis. Commends health care professionals and biomedical researchers who care for Crohn's disease and ulcerative colitis patients and work to advance research aimed at developing new treatments and a cure."

We all have our own stories, and part of mine is struggling with Crohn's disease. Even among the 1.4 million Americans living with IBD, each story is unique, with it's own demographics, symptoms, diets, and treatments. Each story is important and relevant, and they are why increased awareness is vital.

Have you ever seen the 1985 flick "St. Elmo's Fire?" (If you haven't, please do.) In the movie, there is a scene where Rob Lowe's character goes to a dinner party with a friend whose mother is talking about someone who has been diagnosed with "the cancer." But every time she utters the word "cancer", she whispers it, like it's something too awful to be said out loud.

That's sort of how I sometimes feel saying that I have Crohn's. It's not widely known or understood. Whisper it with me now: "I have Crohn's disease." No, it's not something that everyone needs to know, and it doesn't need to be shared with just anyone. But I would like to acknowledge my disease and the impact it has without feeling like it some how makes others cringe, or that it invalidates some of my other traits or qualities.

For what other reasons is awareness of these diseases important?
- More than 70,000 people (children and adults) are diagnosed with a form of IBD every year
- Crohn's and Colitis are not only about having to use the bathroom; these stories involve pain, fatigue, surgeries, hospitalizations, and medications - impacting not just the patients, but the people around them
- For my children!
- Awareness is a first step toward finding a solution
- For increased acceptance - Ally's Law (The Restroom Access Act) is an important step!
- Because Crohn's and Colitis are among a family of autoimmune diseases whose rates of diagnosis are on the rise
- So we can talk about it, without shame

The year I was diagnosed, I found the little plaque below in the university book store. It has had a place on my desk ever since. It says, simply, "Things happen for a reason, just believe." Whether this statement is true or not, is has helped me through some tough days. I always believe it will get better.

I believe in building a community and awareness. I believe in Crohn's and Colitis Awareness week, and what it can achieve. 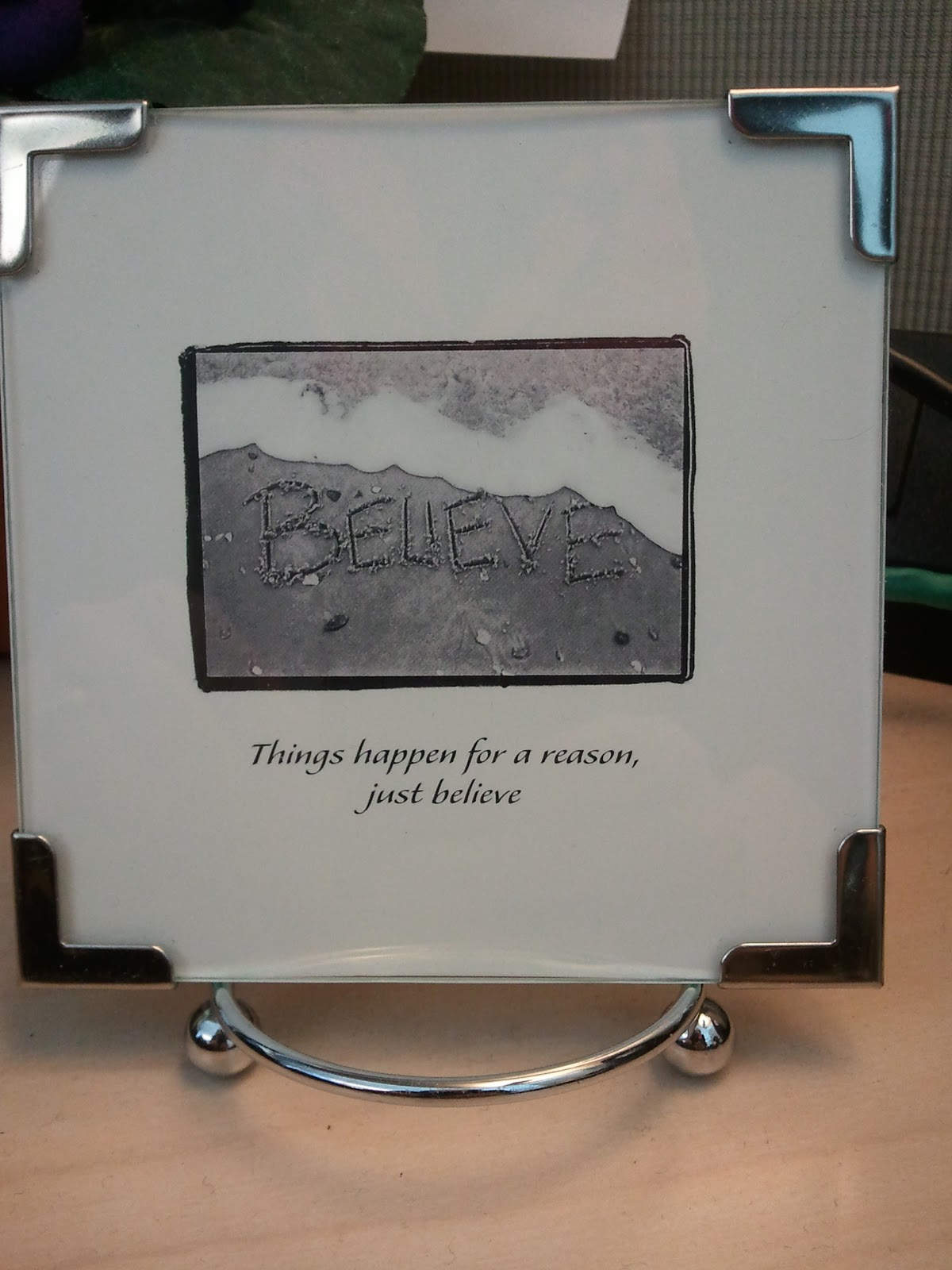 Email ThisBlogThis!Share to TwitterShare to FacebookShare to Pinterest
Labels: Crohn's