This is my third installment of the 4-part story of my diagnosis of Crohn’s disease in the spring of 2005. You can find the preceding parts here and here.


I got a crash course in Crohn’s disease only a week after receiving the results from my second abdominal CT scan. The ramp up of my symptoms was fast and furious, and I was sprung into a whirlwind of illness worse than any of my previous encounters with the Crohn’s monster.


My pain wasn’t abating like it had with past flare-ups – this time, it settled in and stayed. The pain and cramping became so unbearable over the course of one afternoon that I made an appointment with my regular doctor to see him immediately after work (I hadn’t yet seen my gastroenterologist for a consult). I was put on a liquid diet and given prescriptions for pain meds and antibiotics, which my husband, Chris, got filled for me – once I got home, I couldn’t even get out of the house.


The next morning, a Friday, I knew I would not make it to work. I optimistically attempted to get some work done remotely at home, but ended up back in bed. I tried to go to work the next Monday, but that proved to be a mistake.


By Wednesday, I had been home sick more days than I had been in the office in the past week, and things were only getting worse. I was unable to eat and even if I could, I wasn’t keeping anything down. The pain meds weren’t helping, either. I tried to shower, hoping it would ease my sore and distended abdomen, but fell to my hands and knees in the tub, retching from the nausea and crying from the pain. The shower didn’t work; the warm water brought little relief and certainly wasn’t enough to wash the pain away.


After my attempt at a shower, Chris took me to the ER.


I still didn’t have much knowledge about Crohn’s disease or what to expect as I was admitted to the hospital for the second time in less than 40 days. IV’s brought welcome relief to my pain and dehydration, and after an abdominal x-ray (more radiation!), I was taken to a temporary room while I waited for a patient room to open upstairs.


On day 3, a PICC line was placed to provide nutrition - Total Parenteral Nutrition (TPN) - as I was malnourished and still only taking liquids by mouth due to the bowel obstruction I arrived with. Over the course of my stay, I would also receive vitamins and fat intravenously through my central line.


After the PICC line was placed, I was finally moved to room 407, bed 2 (I still remember the room number and view), a more “permanent” room. My first week in the hospital was dull, in which I slept a lot, took walks (with my IV pole, dubbed “Hal” by my Dad, in tow), and just tried to get better. Blood tests were done regularly, IV bags rotated, and a lot of TV was watched.


A colonoscopy (my first ever) was scheduled for day 8. The prep was awful, especially given that I was attached to Hal. But lucky me - I’d only been taking fluids, and the nurse brought in a commode so I could take care of business right there next to my bed! The procedure revealed a stricture so significant that my new friend, the gastroenterologist, could not get the scope into my small intestine. That hurt, literally. Even though I had received anesthetic, I groaned in pain as the doctor tried to navigate through my insides and she stopped to ask, “You can feel that?”


The biopsy of tissue samples taken during the scope also confirmed Crohn’s disease. 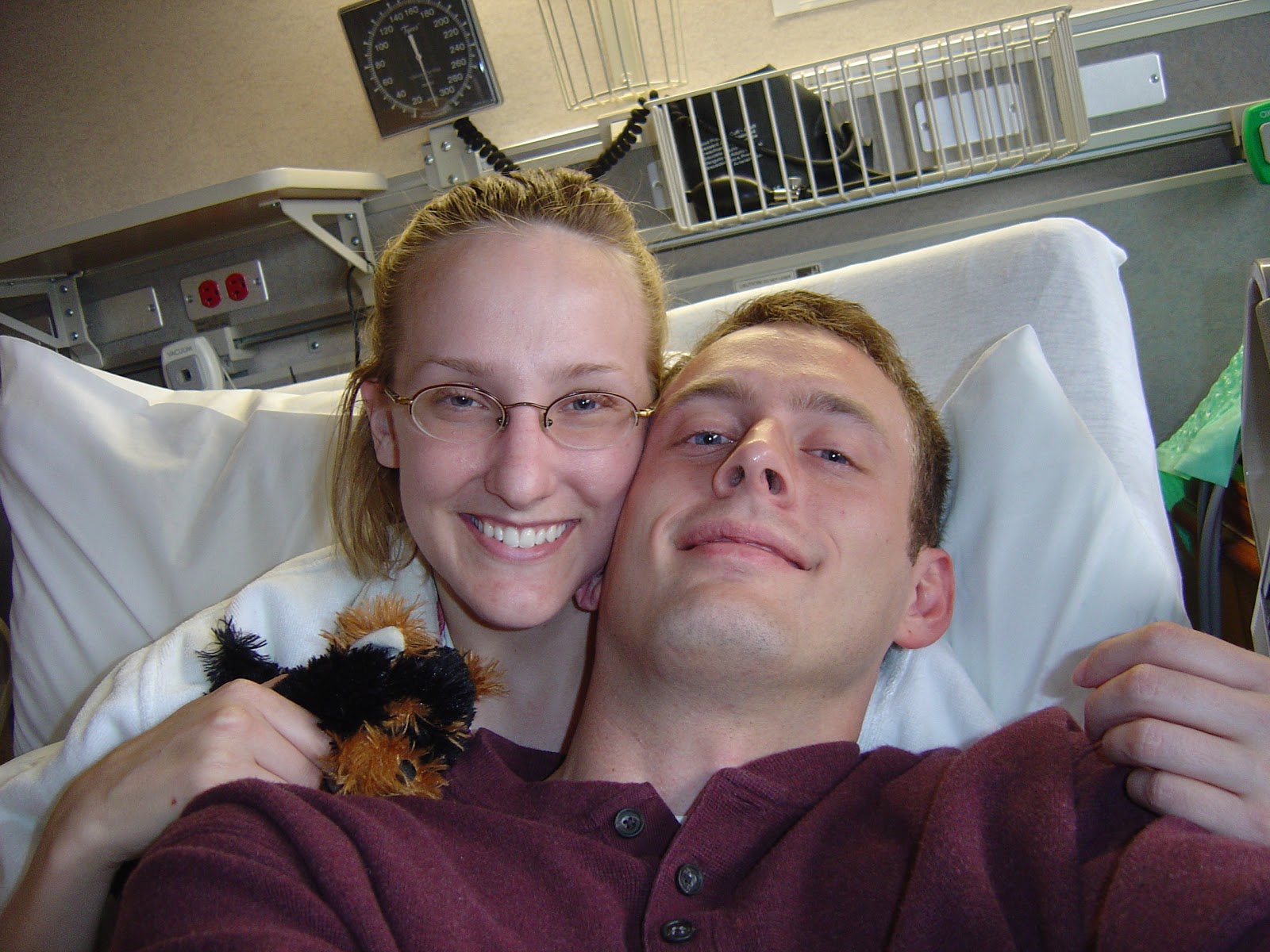 
A surgeon was called in to consult on my case. Based on my CT and colonoscopy results, surgery was recommended.  I was warned that because of the amount of scar tissue built up in my intestine, future flares would likely land me back in the hospital; alternatively, for patients who have surgery, there is a very good chance that it will eventually be needed again. The decision was mine.


I was tired of the pain. I was tired of being curled up on the floor in middle of the night waiting for the cramps to disappear. Now that I knew what I was dealing with, I wanted a fresh start, and a better chance of finding my way to remission. I consented, and on Day 12, I underwent resection surgery, during which a foot of my small intestine was removed.


Recovery wasn’t easy, but I was determined to get out of the hospital as quickly as possible. I would be discharged after I was walking on my own, my bowels “woke up,” and I was taking food again. Three days after surgery, I was given the go-ahead to try some crackers. I hadn’t had “food” in more than 2 weeks, and quite frankly – I was afraid of it. It took several minutes for me to finish that first cracker.


Still, the waiting was trying. I recall a volunteer who stopped by after I’d been hospitalized for a few weeks. I had woken up with a pretty strong resolve that day – focused on walking the halls and regaining my strength. He wanted to know how I was doing; how was I coping with being in the hospital for so long? “Two weeks is a long time,” he said gently. My heart sank. Somehow this sweet, kindly gentleman, with his well-meaning comment, made me see myself from the outside. And it took the wind out of my sails.


I’ll also never forget my first post-op shower free from Hal. The nurses wrapped plastic around my IV ports and taped them up to protect them from water. The shower room was down the hall, so I collected my things and off I went. It was the BEST. SHOWER. EVER. I felt human again! That is, until it was time to return to my room. I still wasn’t taking much food, and my body wasn’t used to being off TPN. The result? I fainted in the hallway. Superstar!


I wish I could admit that fainting was just a ploy for attention due to boredom, but it wasn’t. Someone caught me and got me to my bed, where two nurses checked my vitals and hooked me back up to those damn IVs. 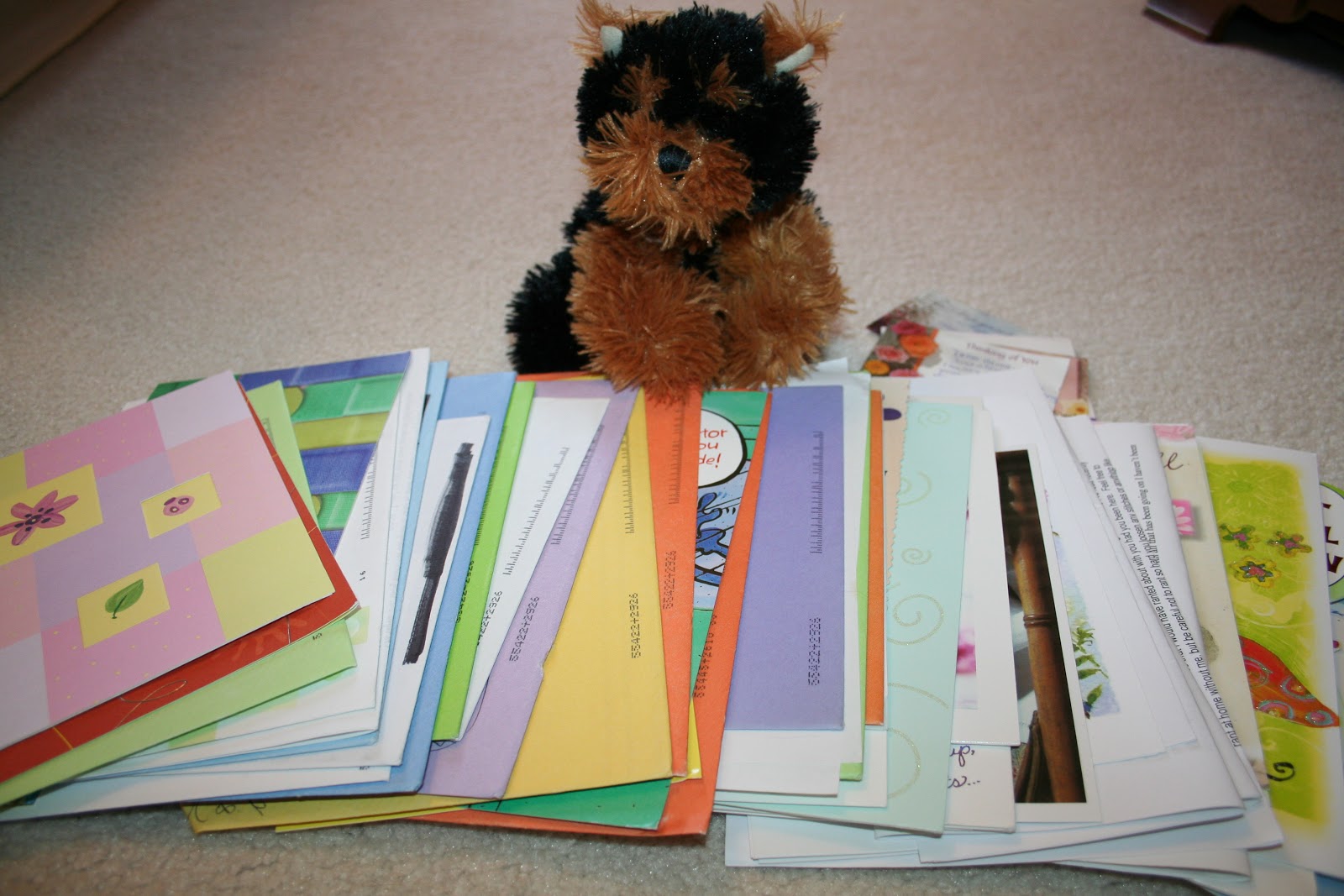 Being in the hospital for nearly three weeks in the spring can feel lonely. But I’m fortunate that most of the time I didn’t feel that way. I had my amazing husband, who came to the hospital every day I was there. He also brought up a portable DVD player and movies and would climb into bed alongside me so we could watch them together. This wonderful man also brought me things from home – photos, mail, and printed e-mails of support from friends and family. He was even able to bring up our dog, , a few times.


I also had my parents, who made the one-way 4 hour drive every chance they got; who were there the day of my surgery; who, along with my husband and me, listened intently to test results, prognoses, and shed tears with and for me.


The roster of people who have touched and supported me - both at the time and since then - is long. Family, friends, and coworkers who visited, called, e-mailed, sent flowers, care packages, and cards. My sister-in-law, who drove several hours one way with my nephew to visit. The friend who loaned me a laptop. The friend who made meals for my husband, so he didn’t have to subsist alone on fast food or food from the hospital cafeteria. My aunts, who called and offered words of support - one of whom cried for me, as she asked, “Why?” I still don’t have an answer.


Eight years later, I still have all of those cards, and even now, they move me. Every single one of them is appreciated and cherished. Like my disease, that love and support has been woven into the fabric of who I am today.

Next: My Diagnosis Story, Part IV: Recovery...and Acception
Posted by Heidi at 9:44 PM

Email ThisBlogThis!Share to TwitterShare to FacebookShare to Pinterest
Labels: Crohn's, My story