Honesty in the Face of Punishment

Our oldest son, W, excused himself from the table during last night's dinner to use the bathroom. A few minutes later, we heard a loud crash, followed by the sound of something pinging on the floor, and then, finally, silence.

"Are you okay?" I asked, approaching the door.

"What happened?" I pressed.

The door opened. "I don't want to tell you, because then I will be in trouble," W responded, with tears starting to well in his eyes.

I entered the bathroom and found this: 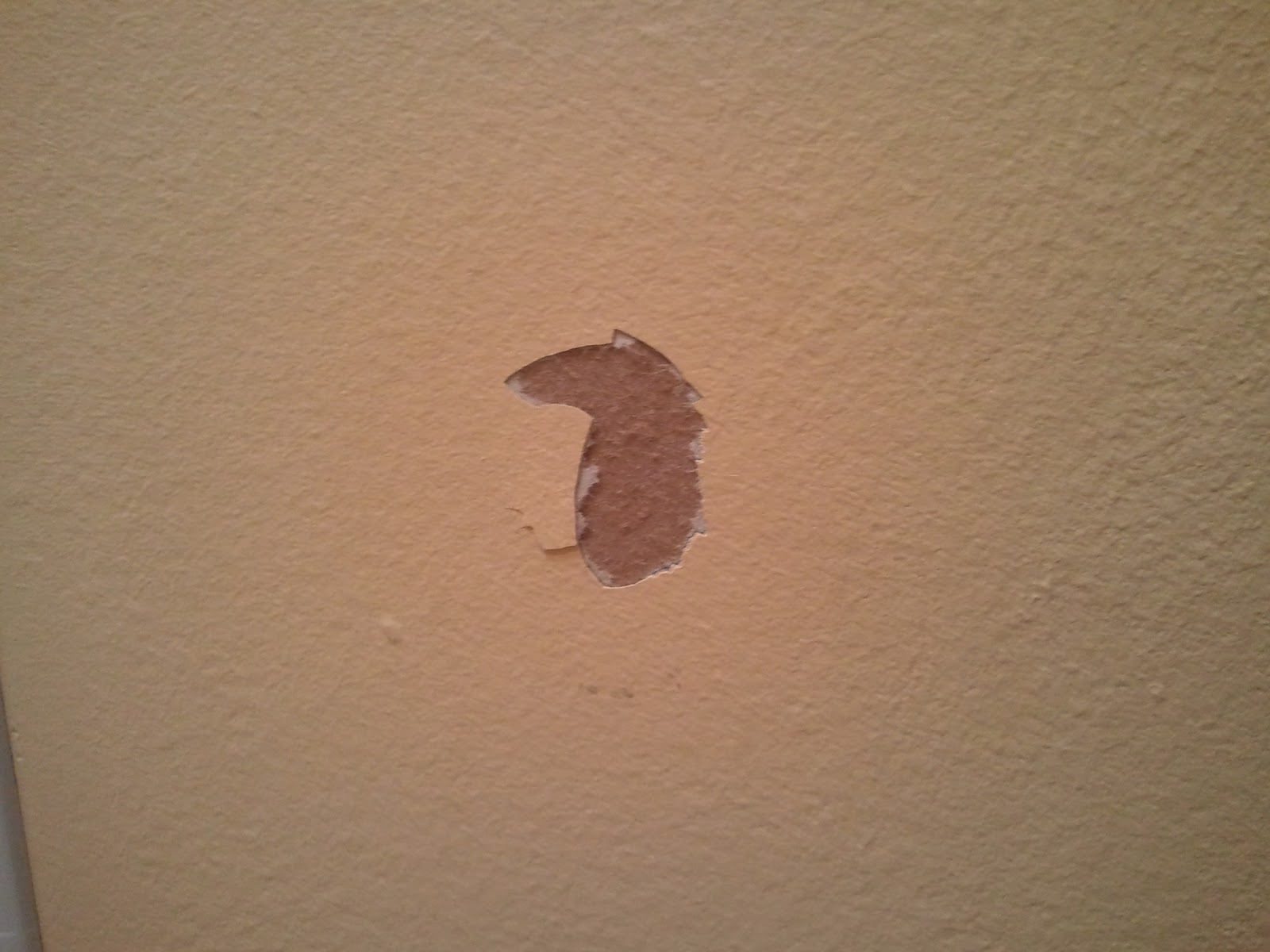 This spot on the wall marks where I had affixed a hook next to the powder room sink to hold hand towels for the boys. The towel bar is too high for them to be able to replace the towels after drying their hands, and this solution had worked well, thus far.

What did we learn last night? That while those handy 3M Command removable hooks work very well for many things, they do not hold 57-pound 6 year-olds who try to hang from it using a hand towel.

I was also reminded that trying to punish your son for doing something impulsive and foolish while also encouraging him to tell the truth in the face of punishment is a delicate balance. He's only 6 now, but I predict that it will only get harder as time goes on.

Looking into the future, I see an adolescent, a teen, a young man - learning to be out on his own. How do we reinforce that he can trust us enough to come to us when he needs to, even when he's done something wrong? How do we let him know that if he's in a bind, he can come to us? How do we hold him accountable for his actions but let him know that he did the right thing?

There will be plenty of things that our children will do in life that we won't ever find out about, and I (begrudgingly) accept that. When our children admit to us that they've done something wrong, the punishment is reduced for their honesty, and we tell them how much we appreciate them coming to us. This arrangement has worked well...so far. The formula may need to be tweaked as time goes on.

We could have handled last night's incident better than we did, I think. W was tired, and I think both Chris and I probably overreacted. I give us a B-. Hopefully next time, we'll do better.
Posted by Heidi at 11:19 PM